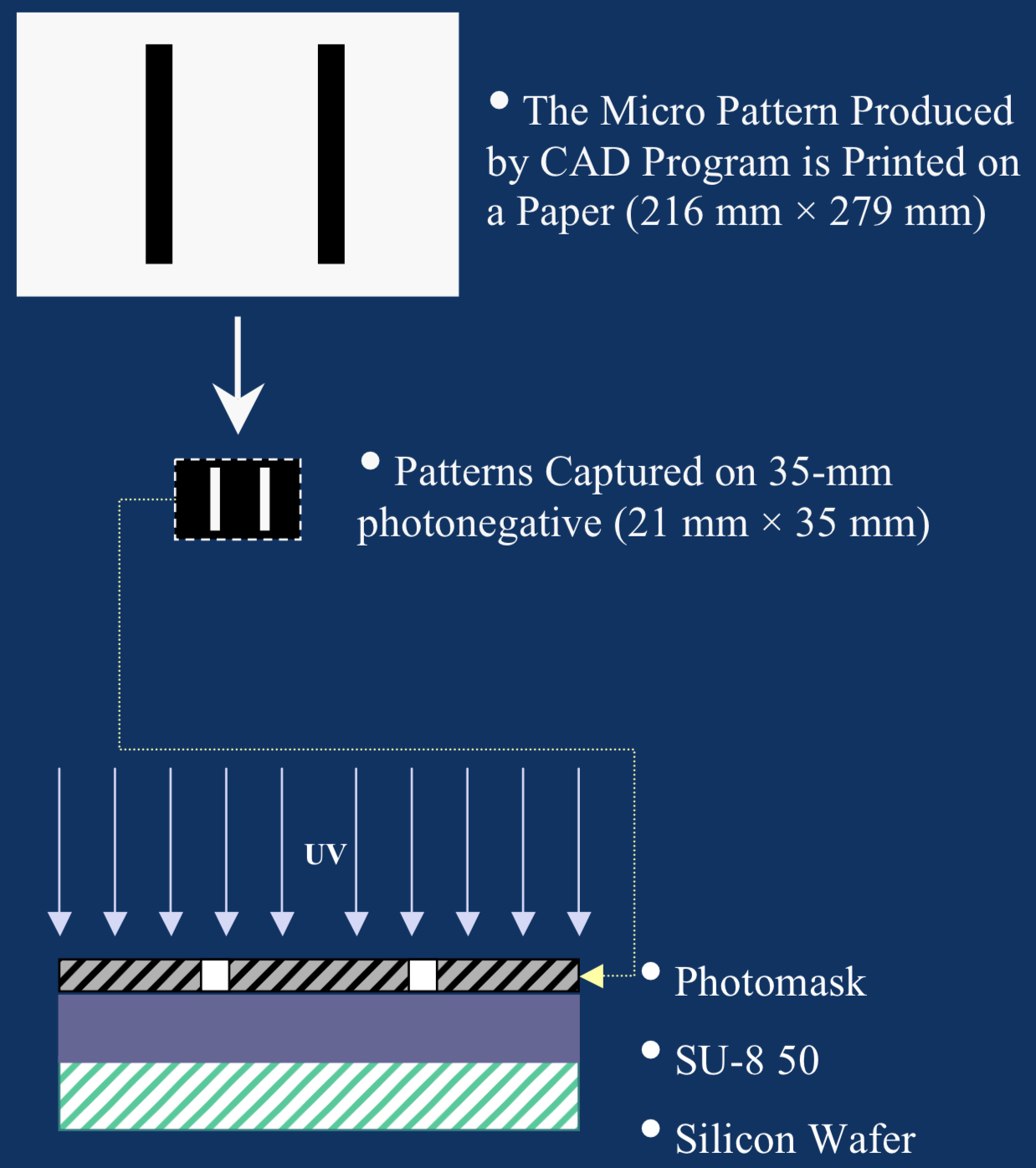 The fabrication of micro-fluidic devices by a soft-lithography technique was introduced in this study. This technique allows one to photographically print micropatterns on polished silicon wafer surface in high precision along with great reproducibility. The pattern for the device is a production of pictorial images by a computer. The micropattern on the silicon surface is called as positive replica (hill). The patterned silicon wafer is used to cast poly-(dimethylsiloxane) (PDMS) polymer, giving rise to negative replica (valley) on the PDMS surface. Because the fabrication is inexpensive and technologically feasible, this technique allows one to integrate micro-fluidic devices in various experimental designs.

The micro-fluidic system is then used as a reactor for the Belousov-Zhabotinsky (BZ) reaction. A modified version of CHD-BZ system was used throughout the investigations. The CHD-BZ system is excitable reaction-diffusion medium along with gas-free products. The investigation of the front dynamics revealed that velocity of the chemical waves differ in a range of inner diameter sizes of the microchannels in the PDMS polymer. Chemical waves have the same velocity, the same amplitude in the same concentrations of the initial species. That is, there is no expected such size dependence on front dynamics.

It is concluded that this property was caused by the bromine diffusion to the PDMS polymer. Bromine acts as an inhibitor for the CHD-BZ reaction. Due to high volume to surface ratio, the faster front velocities are observed in narrower channels. Finally, the measurement of the partition coefficient of bromine into the PDMS polymer is performed. Those measurements were carried out at various temperatures. As a result, high bromine migration from aqueous solution to the PDMS polymer was observed.